The New Forest has an excellent range of habitats, which attract different bird species to breed, to over-winter or to pass through on migration.

Although you can see and hear some species throughout the Forest, many are much easier to find in a particular habitat. 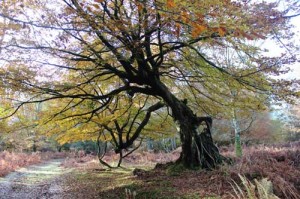 Woodland
Famed for its ancient oak and beech forests, the New Forest has a superb range of woodland birds. All the ‘usual’ species can be found throughout the area, for example great spotted and green woodpeckers, nuthatch, treecreeper and blackcap. During the spring course we usually find a good selection of ‘more special’ birds such as marsh tit, hawfinch, siskin, crossbill, wood warbler, garden warbler, firecrest and redstart. 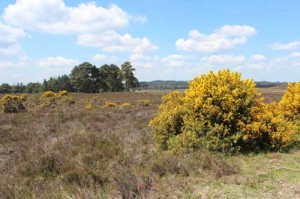 Heathland
The wide expanses of heather, gorse scrub and boggy mires of the New Forest provide homes for birds that like to nest on or near the ground. Amongst the specialities are the Dartford warbler, stonechat, meadow pipit and woodlark. Breeding waders include the curlew, lapwing and snipe, and we usually make a special evening trip to listen for nightjar, woodcock and tawny owl. 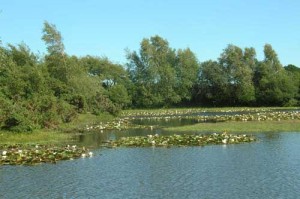 Wetlands
The New Forest has many streams, some more substantial rivers, a selection of ponds and flooded gravel pits and some extensive reed beds. Many different species live in or adjacent to such places, including kingfishers, various ducks, great crested and little grebes, reed bunting, reed, sedge and Cetti’s warblers, and water rail. It’s especially helpful to know the songs and calls of birds that live in impenetrable wetlands! 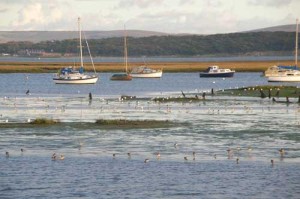 Coast
Some of the best birding in the New Forest is to be found on the coast where there is open sea, mudflats, saltmarsh, shingle beaches, grazing marshes and brackish lagoons. Almost anything could turn up, especially if you visit at different times of year and tide. One time you’ll be listening to Mediterranean gulls or little terns calling overhead, the next you’ll hear a flock of Brent geese or migrating whimbrels, followed by a redshank or water rail staking claim to its territory. Even male and female ducks have different calls, and there are several species to find.